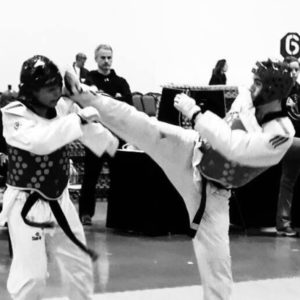 A martial arts film enthusiast since his childhood, Alexandre Lavallée has been practicing taekwondo since the age of six. This young 21-year-old athlete now competes against the best athletes around the globe!

Although his debut in this Olympic sport was quite modest with rather limited skills, he had to work twice as hard in order to keep the pace in his workouts. His increased commitment and hard work were rewarded by obtaining his black belt at the age of 13. With this achievement in hand, he made the decision to follow his dream and work toward becoming an Olympic athlete.

Always pushing himself to bring forth the best he has to offer to the sport of taekwondo, Alexandre rapidly achieved competitive success through his work ethic and dedication to this sport. He won fights against the best European and Canadian athletes, and even against some Olympians athletes.

His devotion toward martial arts has deepened his values of courage, loyalty, self-control, humility, and determination. He strongly believes these values, along with discipline, respect toward others, and helping those in need have greatly contributed to his athletic achievements, as well as academic focus, and personal life.

With his personal mission to become an Olympic athlete in Taekwondo, Alexandre Lavallée is not only interested in winning gold at every competition, but he is committed to pushing the limits of his capacities. To help Alexandre realize his dream, in 2014 and 2015 Papillon MDC Inc. was proud to offer the support he needed to compete at the national and international levels. We believe in providing concrete support to young leaders to take flight in their dreams, and Alexandre is one exceptional leader. The team at Papillon MDC Inc. also assisted Alexandre in preparing for his competitions by coaching him to his potential.

A word from Alexandre: “I am fully aware that the journey I am on is a long and arduous one, rippled with defeats, challenges, and turning points. I am devoted to my sport, and have tremendous gratitude toward the generous support of the team at Papillon MDC Inc. I feel privileged knowing that I have the chance to actually live my dream”.

Over the course of the last few years, the Korea Open has become one of the most prestigious and awaited tournaments in the world of Taekwondo. It takes place every year in South Korea, the founding country of this martial art. For an elite athlete, participating in this tournament can not only give him a chance to get invaluable experience, but it can also allow him to accumulate important points in his international division. The points, earned from this tournament, can allow the athlete to improve his world ranking and eventually become a serious contender for the Olympic games.

Furthermore, some of the best taekwondo fighters can be found in South Korea. University and professional Korean teams, such as Samsung’s, have some of the best trainers in the world and a very large group of internationally renowned practitioners. A foreign athlete who has the privilege of training and living with these teams not only develops his skills to another level, but often returns transformed from this experience.

Any athlete wishing to perform on the world stage must consider spending some time in South Korea in order to deepen and transform his/her development.

Papillon MDC Inc. was therefore proud to provide Alexandre with the opportunity to achieve his dream of training and living with the world’s top Taekwondo athletes.

Alexandre Lavallée, our star athlete, was honored for his excellent academic performance at a recent ceremony held on November 24 2017 at the l’Université du Québec à Montréal. Papillon MDC Inc. is extremely proud and happy to see Alexandre not only invest in his chosen sport of Taekwondo, but also give of himself 100% in his studies. We wish him continued focus, perseverance, and the courage to work through all obstacles as he works at achieving his career and sports goals. 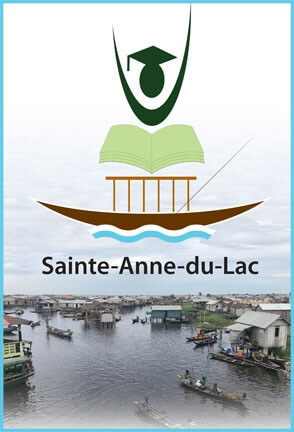 Helping to Build a School in Sô-Ava, Benin

In 2013, Papillon MDC Inc. proudly contributed to a humanitarian project in Benin, Africa, supporting a group of young leaders…

An Amazing Run Dedicated to the Fight against Cancer

In 2014 we supported former Principal at Papillon MDC, Katia Nelson, in her half-marathon run for the Canadian Cancer Society.… 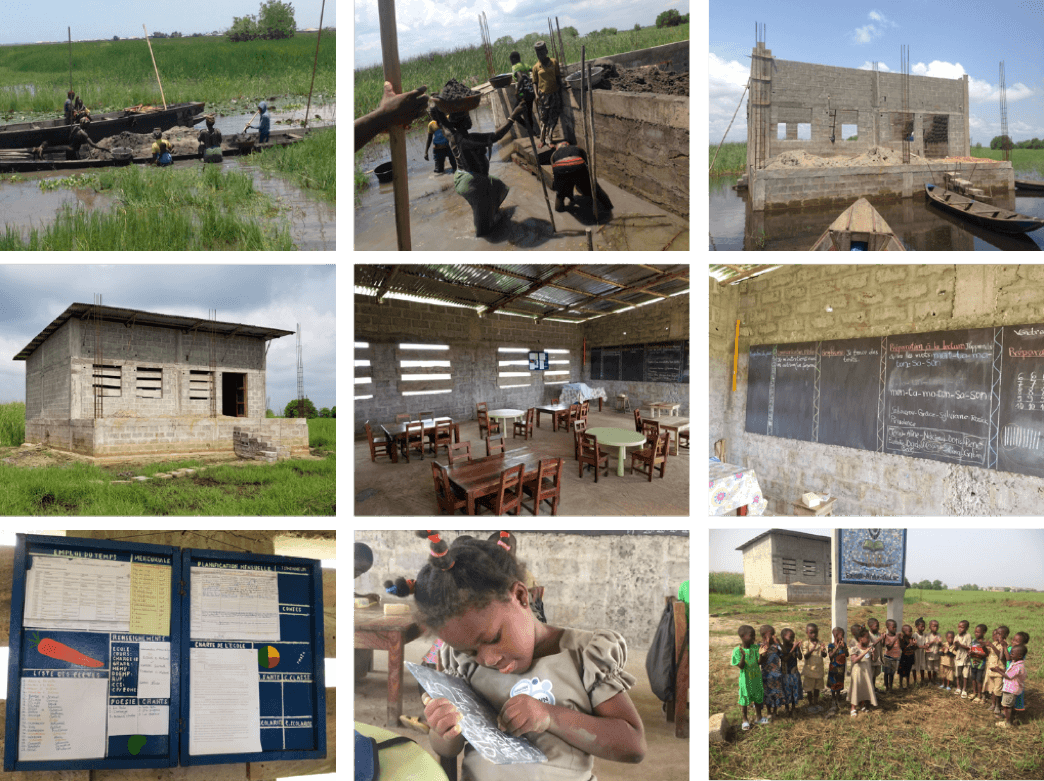 Last April 10th, Papillon MDC, along with Umalia, NTD Apparel and other corporate partners and invested individuals gathered forces to…